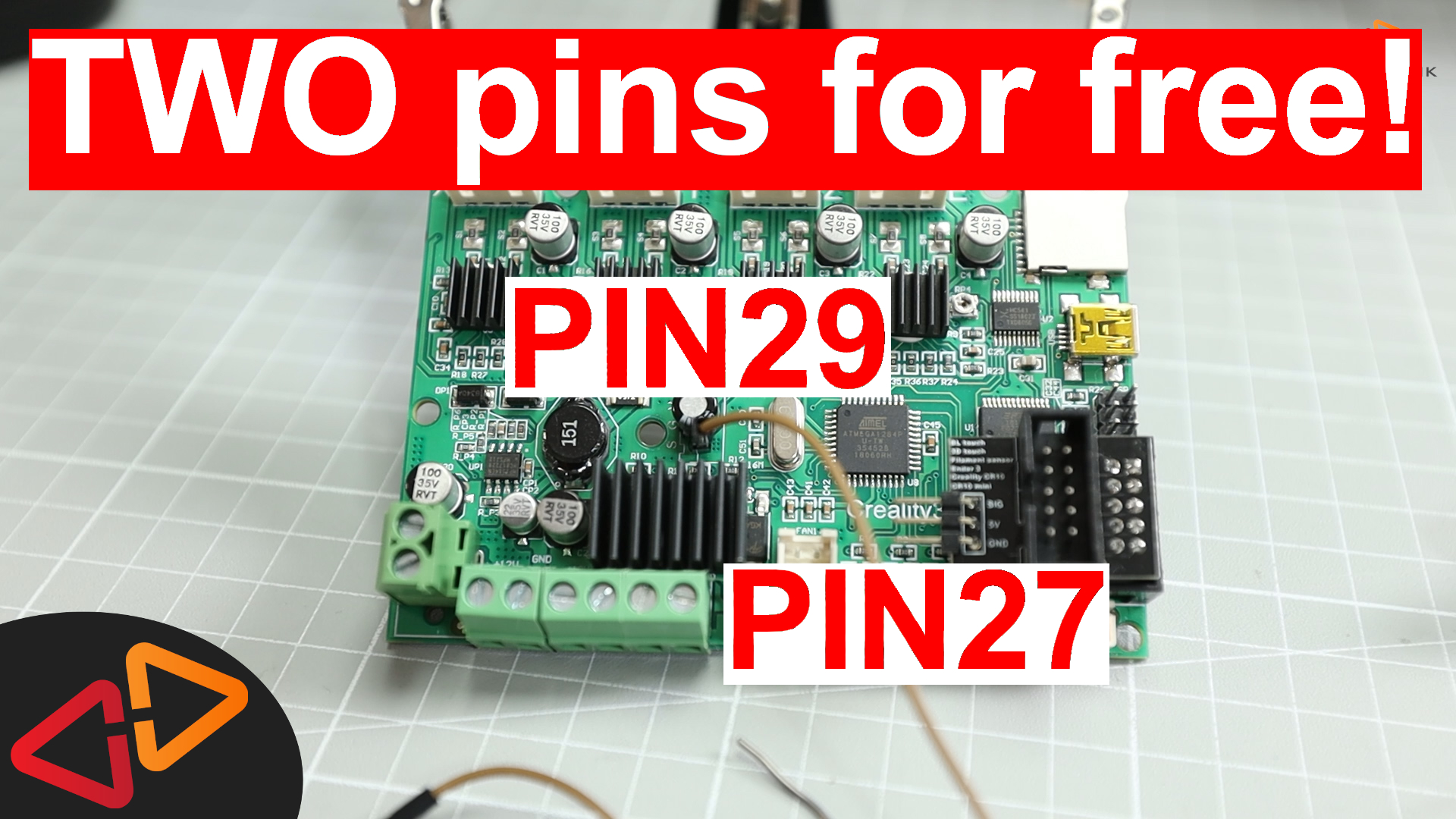 In this guide, we'll have a look how to get TWO - yes TWO - free IO pins on Creality's standard 8 bit mainboards to connect things like a LBTouch and filament sensors at the same time.

So this is the Creality mainboard 1.1.4 and this is the newer upgraded version 1.1.5 with silent stepper drivers. I've already made a another guide how to install this new mainboard on the Ender 3, the video is linked up here just in case you've missed it.

These mainboards and older versions have been used and are still used in most of Creality's low priced printers like the Ender 3, Ender 5, CR10 and many more models

So unless you buy a newer model with a 32bit mainboard or you replace the mainboard with something like an SKR mini, you have to deal with it's limitation that it has basically no connectors for anything like a bltouch or a filament runout sensor by default.

But proably you might have already heard that you can connect a bltouch probe or a filament runout sensor to these mainboards using an adapter and that is probably the most simple approach.

This so called PIN 27 adapter is inserted between the display cable and the mainboard and it will give you ONE but only ONE GPIO pin that you may use either for a bltouch probe OR something else like a filament sensor.

The downside is you cannot connect both at the same time - but looking at the video title you already know, there is a SECOND but where is it? It's not at the display connector unfortunately.

If we look at the mainboards in closeup, there is a quite large capacitor soldered in somewhere in the middle between this coil and this quartz.

And this capacitor depending on how accurately it was soldered in is obstructing an unused pin, that's PIN 29 for later reference.

So what we need to do is to soldier a connection from this pin and the best will be to use a male to female jumper wire so we have something where we can connect anything we want to for the future.

Most probably this pin hole will be filled with soldering tin, so before we can insert anything here, I would recommend to remove the tin first using a desoldering sucker.

So let's do this. Don't be afraid of soldering, maybe practice these following steps a bit with something like a damaged circuit board or just some PCB prototyping board.

Using the hot soldering iron running at about 350 degrees, I am heating up the tin in the pin's hole from the back of the PCB so it's fluid and then quickly removing the tin with the desoldering sucker.

Sometimes this works on the first try, sometimes it takes a second try. Just make sure you don't heat up the tin for too long because that might also damage the PCB board and surrounding electronics.

Good, the pin is clean and I can now solder in the cable.

It's basically up to you whether you like to solder your cable in from the back or the front of the PCB but since I am using a jumper wire, I will push it through from the frontside and solder it from the backside.

Just be very careful that no soldering tin cross connects to the other two pins that are very close to it.

So less tin is safer.

Ok, soldering job is done, this looks fine. I will clip off the rest of the pin because this side of the mainboard faces the electronics case and you don't want this pin to touch that.

Now, we have TWO free GPIO pins on this mainboard, PIN27 and PIN29, really awesome.

I will do another video about the BLTouch installation on the Ender 3 as well as a video about how to install a filament sensor very soon so make sure you don't miss that and I've also linked two other interesting videos here in these two cards.

Hope to see you soon back on the channel - bye!